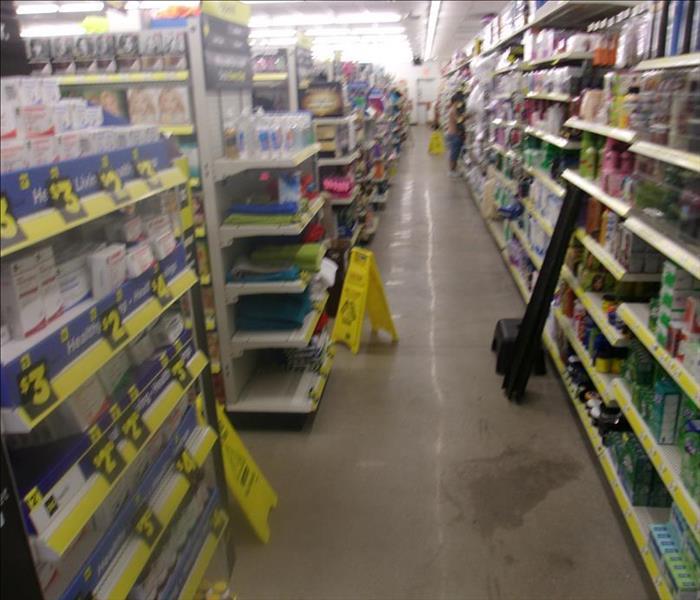 Flood Damage wreaked havoc at this Chattanooga store during a bout of powerful thunderstorms. A small leak had developed in the building prior to the water damage depicted here. That small leak became a major leak during these storms. Standing water was deposited throughout the store. The store owner called in SERVPRO of Bradley County to remove the water and preserve the valuable stock displayed. We were selected because of the size of the water clean-up project. We possessed a large quantity of water removal equipment which was critical to the success of this job. We also were able to place a significant amount of commercial air movers and dehumidifiers to aid in the drying of the store. The owner was very satisfied with the results of the job as very little of his stock ended up affected by the water damage.

View More Before & After Photos