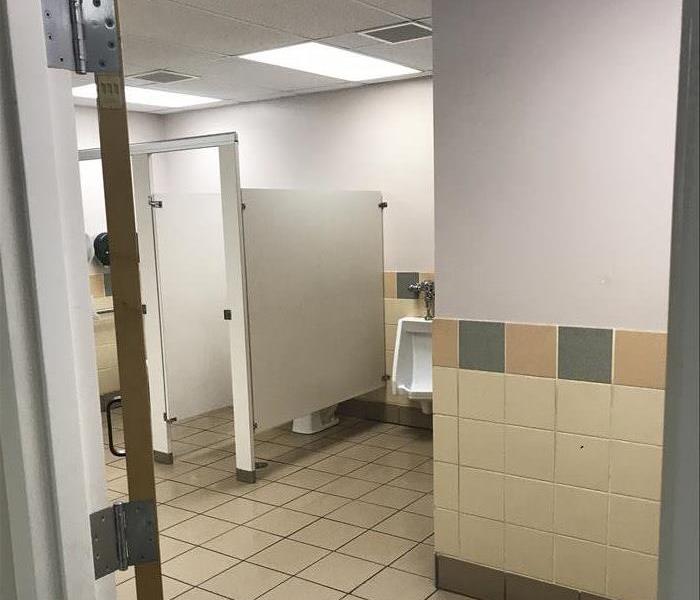 This commercial building in the Cleveland area flooded after the pipe broke at the seam of one of the urinals. There was too much water for the one drain to handle and the water migrated into the hall and into a small office.

The resulting damage was minimal in the bathroom but more extensive in the hall and office. SERVPRO of Bradley County was called almost immediately after the flood. We responded quickly which saved the facility manager a lot of time and grief. Had the water evaporated on its own it would have raised the humidity ruining the ceiling tiles.

View More Before & After Photos